The average ear of corn has 800 kernels in 16 rows 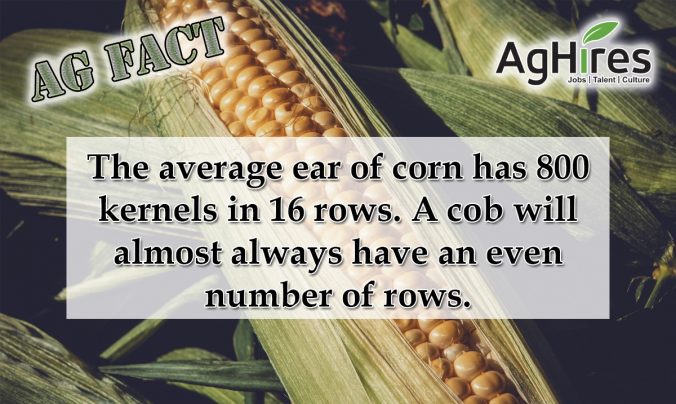 Anything from creamed to casserole, nearly everyone will have some form of corn at their Thanksgiving meal. That a good reason to pay tribute to grain and National Maize Day on November 23rd. Check out the following 30 facts about corn:

Think you know your corn? Check your knowledge against these fun facts!

A Pomegranate Can Have Between 200 and 1,400 Seeds
6 Cotton Facts You Might Not Know