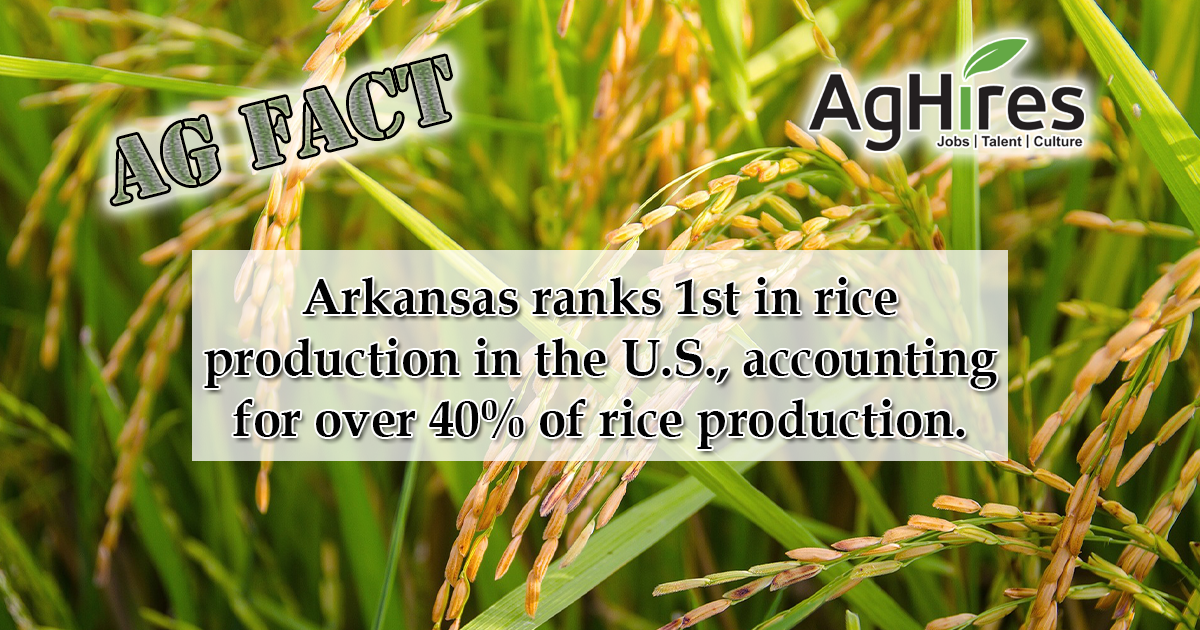 Agriculture is the largest industry in Arkansas, adding about $16 billion to its economy. About 1 in 6 jobs in the state are in the Agriculture industry. Some of the state’s top commodities include rice, broilers, cotton, and more. Check out 15 facts:

Learn all about agriculture in Arkansas!