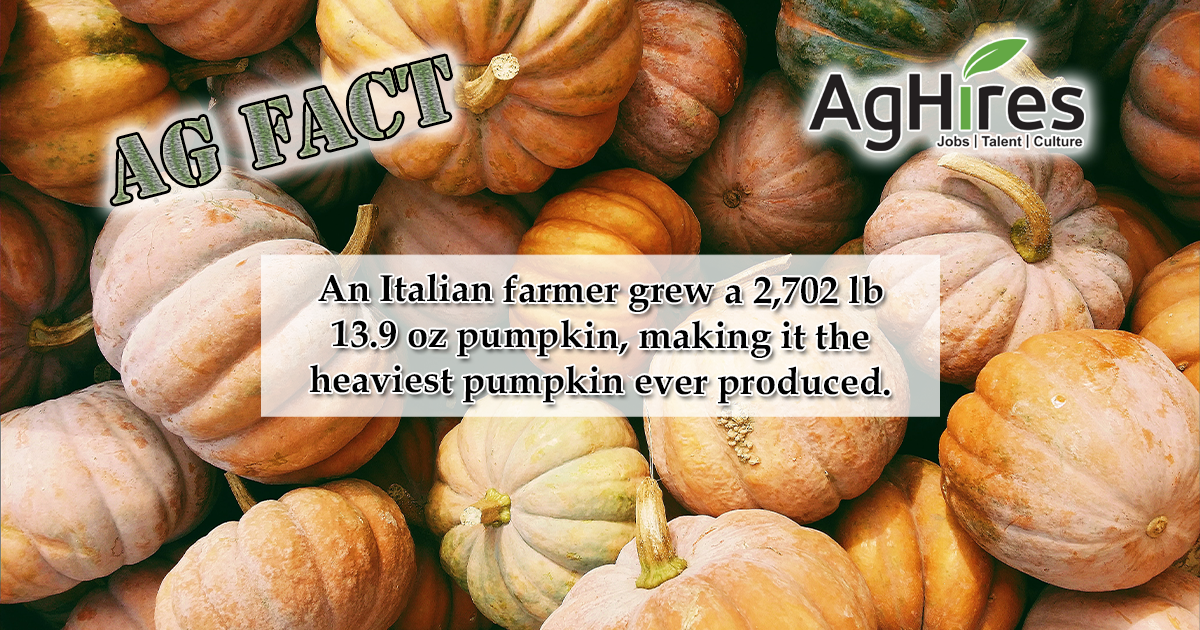 As we enter into the fall season, we’re starting to see pumpkins starting to pop up on porches for fall décor. A fairly new fall decoration trend you may have noticed is white pumpkins. Did you know there are other colors of pumpkins? Check out these pumpkin facts.

Learn everything you want to know about pumpkins.

New Record for Largest Pumpkin Weighs in at 2,363 pounds
90% of Processed Pumpkins Come From Illinois