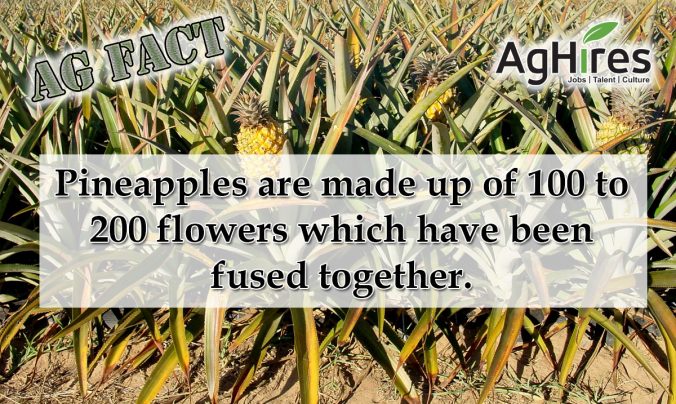 Surprisingly, pineapples don’t actually grow on trees. They’re grown from the center of a leafy plant. They are an aggregate fruit, which is formed from a cluster of flowers, or inflorescence. The fruit is made up of 100 to 200 flowers which have been fused together.

The conditions must be just right, which means there needs to be a high percentage of sunny days with temperatures between 65 and 95 degrees. They grow best in sandy, loamy soil. If it’s too cool, the taste will be sour. If it’s too hot, they’ll be extra sweet. Since growing and harvesting pineapples is a complex process, most of it is done by hand.

Have you ever seen a pineapple seed? No? That’s because they are grown from the leaves of a mother plant. There are two main ways to regenerate pineapples. One way is to use the plantlets that grow between the leaves of the pineapple, known as suckers. The suckers contain roots that hang from the bottom that will be replanted. Another way is using the slip, which is grown on the stem of the fruit. You can also grow a pineapple from the crown, however that takes much longer.

To regenerate new plants, growers go through a seed selection process. Before seed selection can begin, the long leaves from the harvested plants are cut down to encourage the suckers to grow and be removed easily. They are then harvested by hand. Once the fields are prepped properly, they are planted by hand using a spade-type tool. A skilled grower can plant over 5,000 plants a day, which is nearly a quarter of an acre. 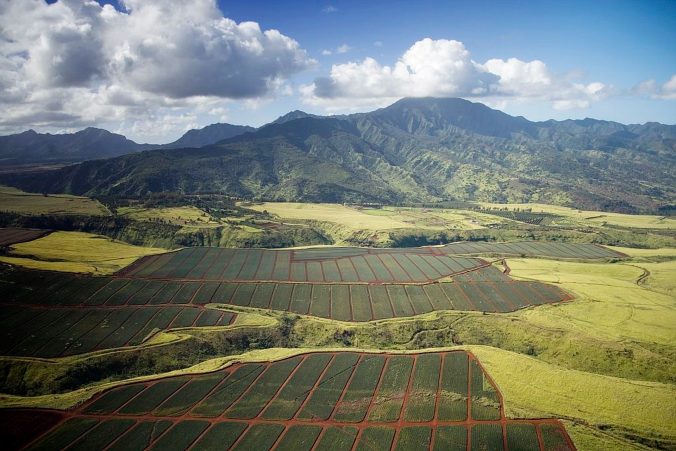 Depending on the region, it can take 13 to 16 months to produce a fully ripe fruit. When the skin is a deep golden color and the fruit is sweet and juicy, the pineapples are ready to be harvested. They are picked by hand and placed on a conveyor to take them to the bin to be carefully placed for hauling. They are packed into the bins upside down to allow the crown (or the leaf-like top) of the fruit to cushion the ride. Workers need to wear protective gear during harvest to protect them from the prickly leaves of the plants. After being harvesting they are transferred to the packing facility to be sorted and washed. 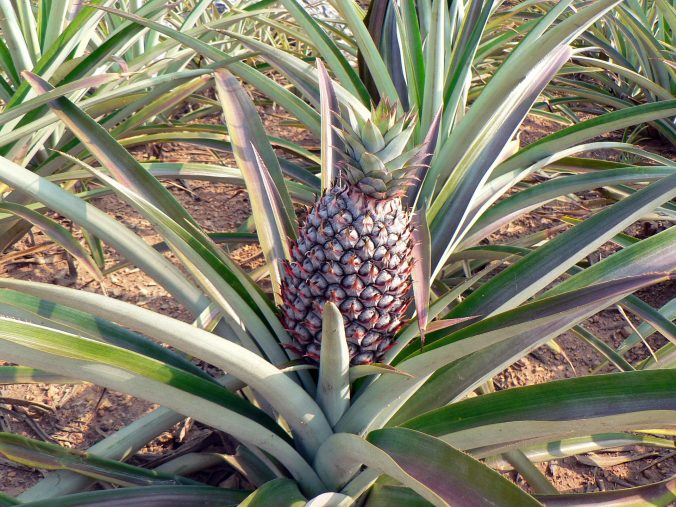