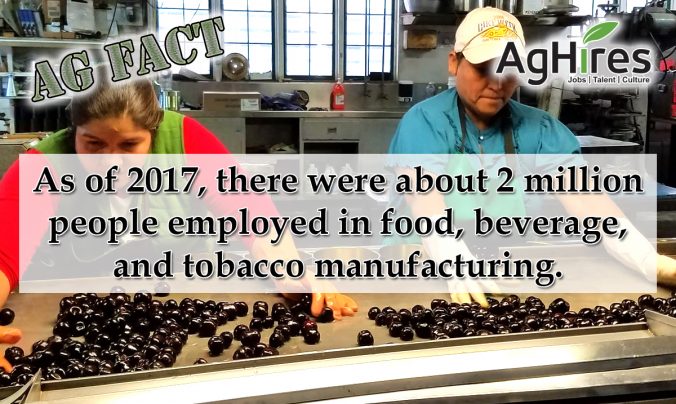 Processing food allows us to enjoy seasonal foods year-round and helps make the appearance and taste of products more consistent. This also save us time with preparing a meal. Think about the time you’re saving without having to make pasta from scratch or even the pasta sauce. Just opening a can of tomatoes instead of cutting a fresh tomato for your dinner saves a lot of time. We can also provide more food to a larger population by processing it.

According to The Manufacturing Institute, nearly 3.5 million manufacturing jobs will be needed within the next decade, and 2 million will likely go unfilled due to gaps in skills. The food industry is part of that. As of 2017, there were about 2 million people employed in food, beverage, and tobacco manufacturing, which is up from 2016.

We rely quite a bit on food and beverage manufacturers. Over 40% of potato consumption in 2015 was frozen, while 55% of tomatoes consumed were from cans. The average American consumed 14 pounds of apple juice and canned, dried, and frozen apples came in at 3.3 pounds per person. Orange Juice is the most consumed juice at 2.7 gallons per person. Thirty-four pounds of corn products, such as flour, corn meal, and food starch, were consumed in 2015. The average American also consumes a lot of ultra-processed” foods, such as soft drinks, cereals, chicken nuggets, etc. Nearly 60% of calories consumed by Americans is from these “ultra-processed” foods.

Food and beverage manufacturers are located across the United States. It’s no surprise California has the most facilities due to their large amount of agricultural production. New York and Texas come in a far second and third.