History of the Dairy Industry 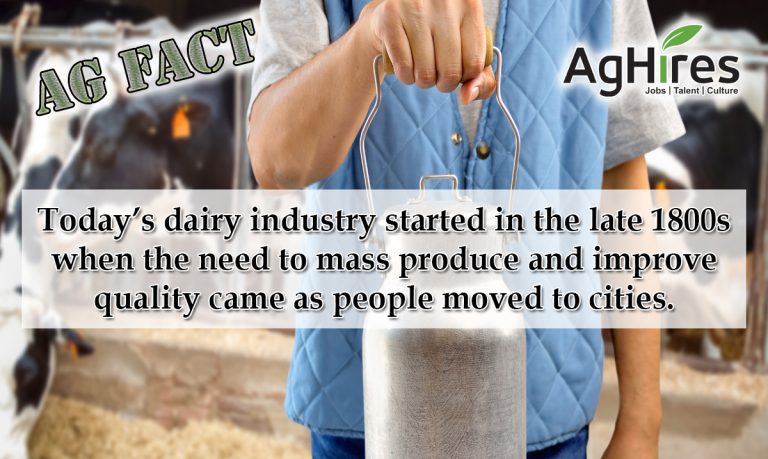 Early History of the Dairy Industry

While we have been drinking milk from cows for thousands of years, modern dairy farming didn’t begin until the late 1800s after pasteurization and other inventions were developed and utilized. Immigrants coming to North America in the early 1600s brought cattle from Europe for meat and dairy products for their families. By the 1800s, cattle breeds were specifically developed for dairy production.

During this time, milk and other dairy products were produced for the family and for local consumption. The need to mass produce and improve quality came when people began moving into cities in the late 1800s. Pasteurization equipment, milking machines, refrigerated milk tank cars, automatic bottling machines, commercial milk bottles, and tuberculin tests for cattle were developed during this time, creating the growing dairy industry.

Federal Involvement in the Industry

In 1895, the Division of Agrostology and the Dairy Division was established by the Bureau of Animal Industry of the United States Department of Agriculture (USDA) to improve the quality of dairy products in America and to make them more acceptable abroad. In the beginning, the Dairy Division primarily collected and distributed information to dairy farmers.

When the Meat Inspection Act of 1890 and its amendment of 1906 passed, USDA inspectors were authorized by Congress to enforce sanitation and hygiene standards in the meat and dairy industries. Eventually the Dairy Division began experimental work on manufacturing butter, condensed milk, cheeses, and more. They also coordinated educational milk campaigns in cities and communities to help with the surplus of milk created by the increase in production during World War I.

In 1924 the expanding Dairy Division changed its name to the Bureau of Dairying. By 1926 the name changed to the Bureau of Dairy Industry and 5 divisions formed. In 1954 the bureau was abolished, and its purposes were reassigned to the Agricultural Research Service. Any non-regulatory functions were transferred to the Dairy Husbandry Research Branch, while regulatory functions were given to the Meat Inspection Branch.

Contributors in the Dairy Industry

Ollie E. Reed held the longest tenure as bureau chief of the Bureau of Dairy Industry at the USDA from 1928 to 1953. He was known best for his work on breed improvement through production testing, and the promoting of development of high-grade cheese and butter.

Dr. Ralph E. Hodgson, Assistant Chief of the Bureau of Dairy Industry from 1945 to 1953, was involved with nearly every significant international activity regarding the dairy or livestock industry. Hodgson, along with Reed, wrote a book titled A Dairy Handbook for Tropical America designed to help dairy farmers, milk dealers, and agricultural students in the tropical regions of the American continents.

One of the significant contributors to the dairy industry from the private sector was Dr. Charles E. North, a physician, public health officer, inventor, and agricultural scientist. He was a leader in gaining public acceptance of laws around pasteurized milk, as well as authored many articles and reports related to the growth of the dairy industry. One of Dr. North’s most significant achievements was the creation of a system of sanitation that helped any farm produce dependably clean milk. The simple, yet effective system comprised of 6 requirements: healthy cows, careful grooming of livestock, clean hands and clean clothing, clean and dust-free barns, thoroughly washed sterilized milking utensils, and prompt and effective cooling of the milk.

Learn all about the history of the dairy industry in this informative blog post.