Blueberries are Second Most Popular Berry in the U.S. 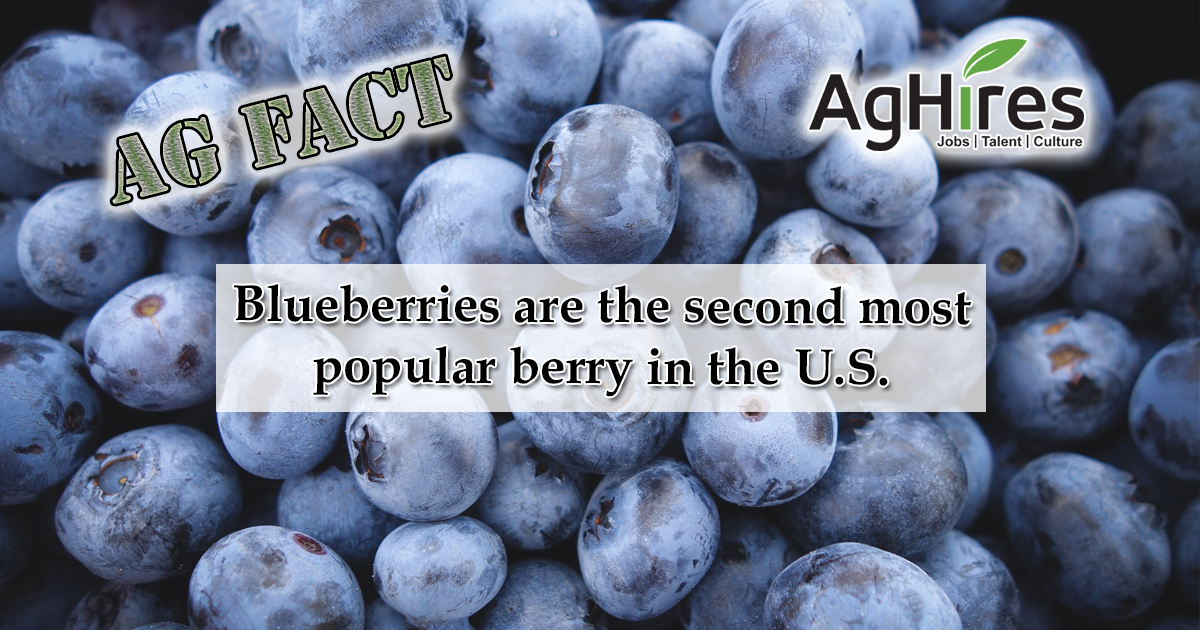 Followed by Strawberries, blueberries are the second most popular berry in the United States. Production in North America has grown by more 500 million pounds over the last 20 years. It probably helps that the berry is native to North America, with 95% of the world’s commercial crop is grown in the States.

Most Blueberries Come from These 8 States:

History of the Blueberry

Although blueberries have been around for thousands of years, commercial farming of the fruit is more of a recent practice. Explorers made note of the berries in the wild, calling them "star berries" due to the star shape on the top. There were once used as a natural food dye as well. According to the Produce for Better Health Foundation, early American colonists boiled the blueberries with milk to make gray paint. Blueberry milk sounds like a delicious paint.

The rise in popularity could be because blueberries are considered a superfood. They are a good source of vitamin C, potassium, phosphorus, iron, and fiber. Anthocyanin, a disease-fighting antioxidant that gives blueberries their color, is also found in the small berries.

25 Strawberry Fun Facts
4,400 Cranberries Can Make a Gallon of Juice