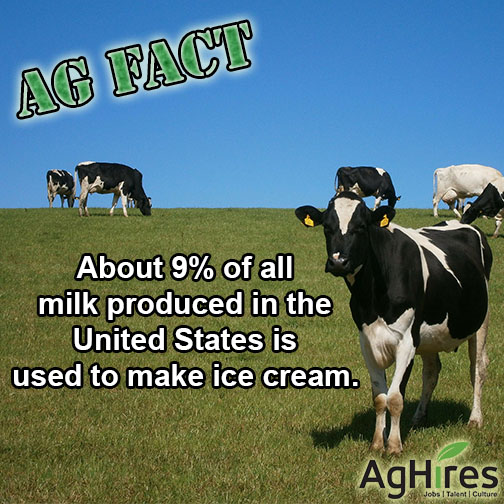 In 1984, July was declared National Ice Cream Month. An early form of the sweet treat was brought to Europe in the 1300s. From there, it was introduced in America in the 1700s as a delicacy that was enjoyed by high society. The first ice cream plant opened in 1851. In the United States, California is the largest producer of the dessert.

A cow gives enough milk to make two gallons of ice cream each day, which equals 730 gallons every year. It takes three gallons of milk to make one gallon of ice cream. About 9% of all milk that is produced in the United States is used to make icy treat.

87% of Americans have the dessert in their freezer at any given time, and an American eats an average number of 48 pints each year. Vanilla is the most popular flavor in the United States.

Learn more about your favorite, sweet way to cool off this summer!