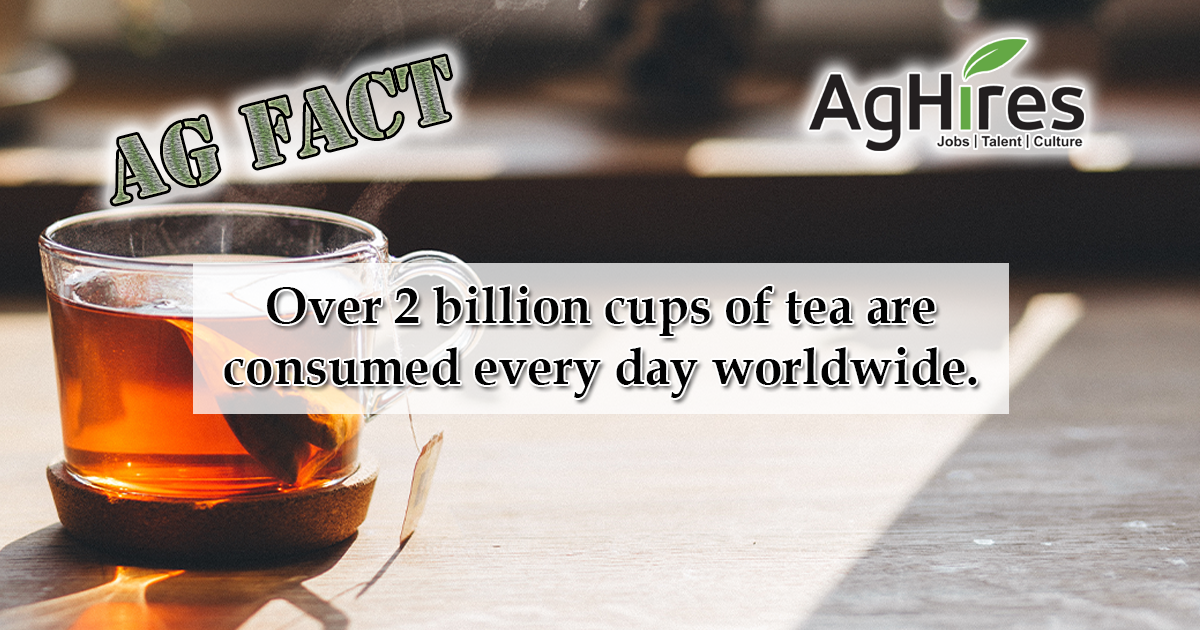 The world may be divided into two groups of people coffee drinkers and tea drinkers, but tea is the second most consumed beverage in the world, next to water. Over 2 billion cups of tea are consumed every day worldwide. While most of the tea plants are grown in China and India, the countries that drink the most tea are Turkey, Ireland, and the United Kingdom. Check our more tea facts below.

US League of Tea Growers

These facts are tea-riffic! Learn 20 fun tea facts to share with the tea lovers in your life!

Cows Spend an Average of 6 Hours a Day Eating
Most Pistachios Produced in the U.S. Come from California