Some Windmills Are Still Used For Grain 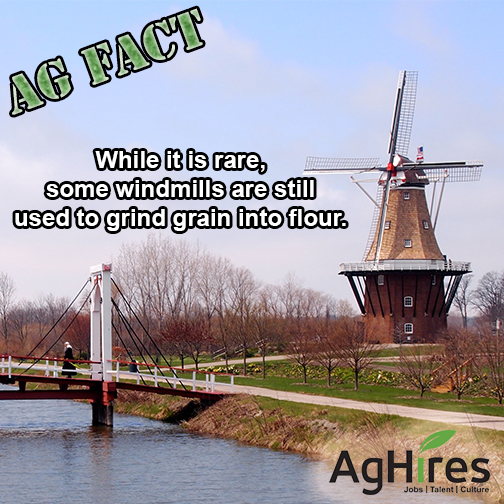 Today, most windmills are used to generate wind power. But that hasn’t always been the case. Windmills were also used to grind grain into flour. They were originally developed for pumping water, but were quickly adapted for grinding grain.

While it is rare, some windmills are still used to grind grain into flour. One of these windmills can be found in Holland, Michigan. It is called De Zwaan, which is Dutch for “The Swan” or “Graceful Bird.” It is the only authentic, working Dutch windmill located in the United States.

De Zwaan was originally built in the Netherlands in 1761 and was moved to Michigan in 1964 after it had suffered serious damage from World War II. It was the last windmill to leave the Netherlands. It took about six months to reconstruct the mill once it arrived in Michigan.

De Zwaan is now once again an operating and functioning windmill. It is located at Windmill Island Gardens Park in Holland, Michigan and can be toured. It is used to grind grain into flour, which can be purchased at the location or ordered. The flour is ground from a soft white winter wheat grown by West Michigan farmers.

Learn about the last working flour wind-mill in America