Tomatoes are one of Americans Top Favorite Vegetable 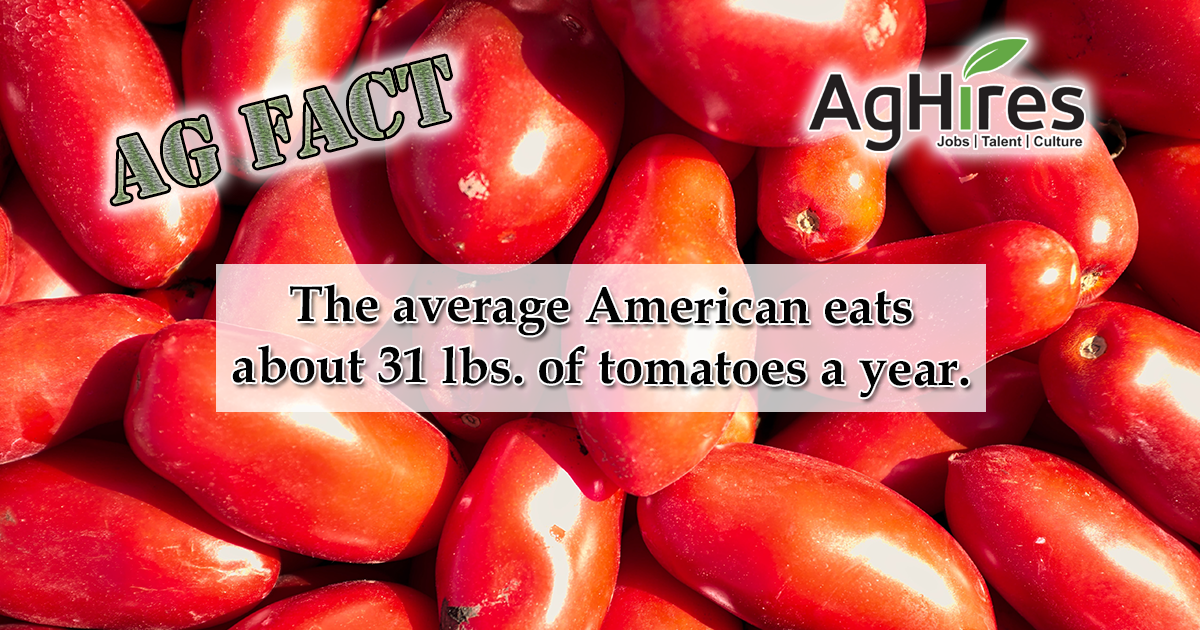 The average American eats about 31 pounds of tomatoes each year, according to the USDA. That makes the tomato the second favorite vegetable in the United States, behind potatoes. The fresh tomato is the fourth favorite among fresh vegetables, following potatoes, lettuce, and onions. However, the processed tomato, found in pizza, catsup, and pasta dishes, is much more popular since Americans consume three-fourths of the vegetable this way. One-third of processed tomatoes are estimated to be eaten in restaurants, such as your favorite pizzeria.

The red fruit is probably so popular because they add so much flavor to recipes. Thirty-five percent of processed tomatoes are consumed in sauces, with 18% in paste, 17% in canned tomato products, and 15% in catsup and juice.

Where Do We Get Our Tomatoes?

Where does this lovable vegetable come from? Mostly China and the United States. In the United States, about 96% of tomatoes grown for processing are grown in California, with Florida, Indiana, Ohio, and Michigan filling in the remain 4%. Only 6% of tomato products are imported. California again leads in producing the fresh-market tomato, followed by Florida with Virginia, Georgia, Ohio, Tennessee, North Carolina, New Jersey, and Michigan filling the rest.

The Dark History of Tomatoes

This vegetable wasn’t always so lovable. For many reasons, the tomato received a bad reputation. Anything from the name to the insects attracted to the plant caused alarm. For example, in Europe in the 1700 people believed the tomato to be toxic when aristocrats became ill and died after eating them. However, it was learned much later that the pewter plates actually caused the tomatoes to become poisonous. Since the fruit is high in acidity, they drew the lead from the plates, causing lead poisoning. Eventually, fears were eased and the tomato became a favorite around the world.

Are Tomatoes, a Fruit or Vegetable?

Now the question on everyone’s mind. Is a tomato a fruit or a vegetable? Botanically the tomato is a fruit, however, in 1893 the court ruled that the tomato was a vegetable. This court ruling came after a tomato importer argued that tomatoes should be exempt from the vegetable tax.  In 1887 a 10% duty on vegetables was implemented, however, there was no tax on fruit. The importer reasoned that tomatoes are actually a fruit, therefore exempting them from the tax. However, Justice Gray stated in his decision that the fruit is served as a vegetable. And that is why we now call the beloved tomato a vegetable.

AgHires can help you find your next job. Search for jobs in agriculture, food production, horticulture, and other related industries at AgHires.com.

Learn about the (sometimes dark!) history of this beloved veggie