Soybean oil is the most widely used edible oil in the U.S. 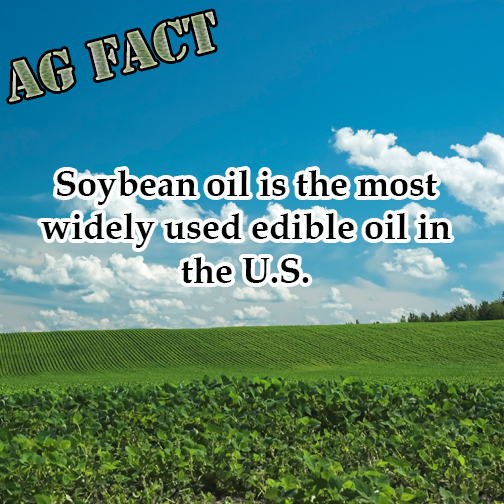 Soybean oil is the most commonly used edible oil in the United States, which could be because soybeans are some of the most widely cultivated and utilized plants. Native to East Asia, the beans are considered a legume.

Since the oil has little flavor, it will enhance and support the natural flavors of prepared foods. That is because it allows the natural taste of the food to come through. Compared to other vegetable oils, soybean oil has good blending ability, which makes it the first choice of the general food industry.

Low in saturated fat, liquid soybean oil contains no trans-fats and is high in poly- and monounsaturated fats. It is also the main source of omega-3 fatty acids and the main commercial source of vitamin E in the U.S.

Soybean oil is considered healthier than many other vegetable oils because it has a variety of essential fatty acids.

Some Windmills Are Still Used For Grain
The U.S. Produces Over 70% of the World’s Mint