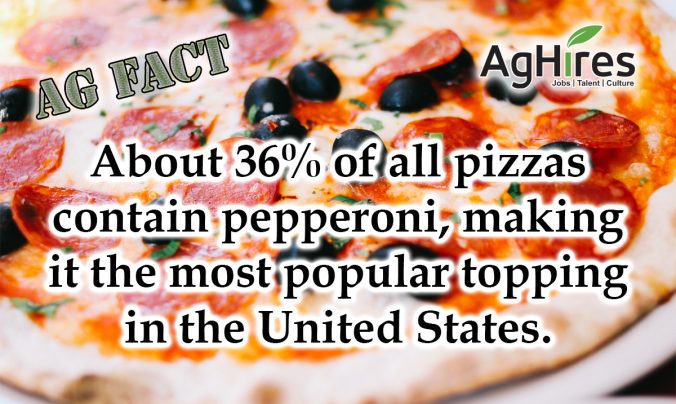 Without agriculture we wouldn’t have one of America’s favorite dishes, pizza! Everything from the crust to toppings and everything in between starts on the farm. With 3 billion pizzas consumed each year by Americans, make sure you thank a farmer for that delicious pie. While, you’re enjoying your slice, check out these other 15 facts.

Can't live without pizza? Thank agriculture for this one!