It's Time to Talk 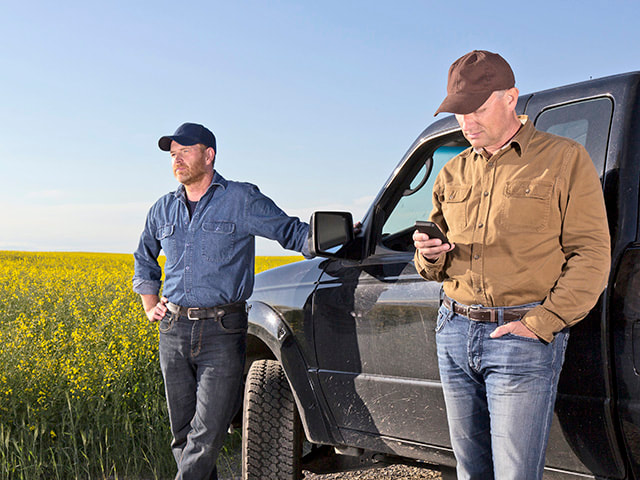 Family-run farms offer a great way of life, where both relatives and employees alike are treated as family. A smaller, close-knit team does have its downfalls. It often creates an environment where it's difficult to hold tougher conversations and address problems. That's why many farmers love working with equipment and the crops: Simply put, there is no human factor to deal with.

Communication is one of the factors that will make or break the performance of the team. Just because communication is a natural human behavior, that doesn't mean it comes easily. For many, it's a skill honed over time.

Communication, or lack thereof, has its pitfalls. Whether it's the negative attitude of your best mechanic or a constant lack of awareness from your operator in managing the details, clear communication is the only answer that will result in improvement.

As humans, we typically avoid conflict, and our natural tendencies to deal with the issue only end up making it worse. Sometimes we avoid the situation altogether, which causes tension to build. Other times, we end up talking to someone else about the problem, which is never just one conversation. It ends up being a daily or weekly complaint about the same issues. I've also seen the occasional joking jab at addressing the issue. This leads to more confusion by the employee on whether it is or isn't an issue. Not only do these common reactions to avoiding the conversation not solve the problem, but it also takes time, energy and focus away from the farm.

With all these pitfalls, combating and preventing communication issues can seem like a daunting task. But it can really be quite simple: Set expectations, communicate in-the-moment and schedule ongoing meetings.

If all employees know how to handle communication on the farm, it prevents confusion and conflict. For new hires, a dairy farm in Michigan reviews their management style and what they should expect from employees in terms of communication. Each owner talks about their own tendencies; one shared that they are more direct and prefer to know the details throughout the day. This allows the employees to flex with that style.

However, difficult discussions will inevitably arise despite your precautions, and how you approach the conversation is a key element in successfully navigating the discussion with an employee. It's better to handle it sooner rather than later. If left alone, the tension on your end builds, and the employee is frustrated that you didn't say something earlier.

It's also helpful to prepare for the conversation beforehand. Write down some of the points you would like to make, and be prepared for the various responses you might receive. Try to see the situation from the other person's point of view and listen. You may need to adjust your strategy or message during the conversation. I've had plenty of discussions where I was transparent; I saw some setbacks and discussed what I was looking for going forward. Not only did the employee acknowledge it, but they came up with their own solution, which was better than mine.

Constructive feedback needs to be articulate and clear about future expectations. Be positive that they have the capability to make the necessary changes, but be careful not to sugarcoat the message too much. Too many compliments can lead to confusion about the message you are trying to relay.

To take your communication a step further, invite your employees for a set one-on-one meeting on a quarterly basis. Whether you meet in your office or over lunch, face-to-face meetings are the best way to engage with your employee. Nearly 90% of communication is expressed through nonverbal behaviors, such as body language and facial expressions. The rest is communicated verbally. Not only is a one-on-one meeting beneficial, it can show you where the faulty spots are in your farm's approach to communication.

The foundation for healthy conversations starts with listening and creating an environment where employees can openly share ideas and concerns. They can offer vital feedback on your communication skills as well as the operation's communication. They will also be more open to receiving feedback from you as well.

Effective communication is the key to a smooth-running operation, and lack of it can spell disaster. Take a moment to think about it: What conversations have you been avoiding? If you are spending too much time frustrated with an ongoing issue, it's time to talk about it. It's never too late to address an issue even if it's been swept under the rug for a long time.

Increase communication skills in your business with these actionable tips.

Lori Culler (Lennard), founder and owner of AgHires, grew up in and around the Agricultural Industry on her family's 3rd generation potato, tomato, and grain operation in Southeast Michigan and Northern Indiana.