To run a successful farm, you need your team members consistently perform at their best. Unfortunately, even your best team members can be habitually late or a little too chatty on their cell phones. Whether it’s your best mechanic that happens to be the negative one on the team, or it’s your greenhorn that’s taking a little too much sick time, there are ways to get them back on track.

Unless there are multiple issues, you don’t want to jump right to letting a good employee go for one setback. Going to the extreme could cost you the time and money of hiring and training someone new.

Its human nature to avoid confronting employees on these issues, especially when their good qualities outweigh the bad, but ignoring what needs to be changed only leads to more problems. You end up spending too much time being frustrated, and it could cause issues with other team members. A simple combination of strategies including setting guidelines, direct coaching, maximizing technology, and sharing perspectives will often correct the issues.

Here are five solutions to common employee difficulties most farms need to tackle at some point.

Tardiness
Tardiness ranks as one of the most common complaints since the beginning of the employer/employee relationship.

One grain farm I know of came up with a unique way to prevent tardiness: Anyone who is late must clean the shop bathroom. I thought that was especially creative and motivating at the same time.

If that idea doesn’t match your culture, establishing a guideline of what’s acceptable and using technology to highlight bad habits are good ways to tackle the problem.

Some companies adopt a zero-tolerance policy on lateness, but that doesn’t excite me. Cars break down. There are emergencies. Life happens.

I’d suggest a common-sense guideline on tardiness and attendance expectations. It could be as simple as stating: “The expectation is for you to be clocked in and ready to work at the set start time. We understand emergencies will arise but would expect that to occur no more than one to two times per month.”

If you have an individual with a constant issue, take that person out to lunch and learn more. Simply giving the employee “shop jabs” or sarcastic joking will not change any behavior. Human nature comes into play, and when the problem is addressed in a more formal manner with agreed-upon next steps, behavior is likely to change.

Also, consider using a time clock system where employees can clock in at the shop or on their phones in the field. It is a great way not only for you but for the employees to monitor their timeliness. The employees might not feel their lateness is excessive, but seeing it in black and white on their time cards could give them the perspective they need. It’s easier to hold concrete discussions about tardiness if you accurately track time and can show how frequently employees are tardy.

Cell Phone Use
A recent survey by OfficeTeam found professionals waste an average of 56 minutes per day on their cell phones for personal use during work hours. Five minutes here and there throughout the day really add up.

Farm employees typically need to carry their cell phones to communicate throughout the day, but creating a cell phone use guideline in writing should help keep the team productive and off their phones. Outline when it’s acceptable and the frequency in which employees can use cell phones for personal use. We’ve seen policies that simply suggest that an occasional, two- to three-minute personal phone call is acceptable. With the long hours during harvest, employees will want a few minutes to speak with their families in the evenings. Customize your plan to allow for additional acceptable use when working past 7 p.m.

Negativity
Having employees that are continuously complaining and being negative can have a damaging effect on your team. They might be good at what they do, but it’s a steep cost when they’re bringing down the rest of the team.

According to LeadershipIQ, 87% of employees say they have wanted to change jobs because one of their co-workers had a terrible attitude, while 93% say a co-worker’s negativity makes them less productive.

Negativity breeds negativity. If you don’t address the issue, you are at risk of losing others on the team, or worse yet, pulling other employees into a negative mindset. One of the hardest types of employees to approach is one with a strong personality who is also negative.

The first step to address negativity is to hold a constructive conversation with the observations you are seeing and laying out expectations. If you don’t address it, they won’t either. Most often, negative individuals already know they struggle in that area, and half the battle is bringing it to light and setting expectations.

Excessive Sick Time
An employee unexpectedly missing work can cost an operation approximately $2,650 to $3,600 a year, according to a report by Circadian. On top of that, your productivity goes down because work is being stretched thin.

The best way to combat excessive sick time is to create a policy and stick to it. Clearly outline the farm’s standards and expectations.

If someone isn’t keeping with the policy, identify and discuss the issue with the employee before it worsens. Find out the cause of the issue and help to resolve it. Also try encouraging the proper use of sick time by offering incentives, such as cashing-out unused sick time at retirement or at the end of the year.

Inability to Follow Directions
What about the employees that never seem to follow specific instructions? You give them step-by-step details, and they always seem to miss a step or do them in the wrong order. It’s frustrating but can also lead to big errors in the field.

There are a few strategies to try depending on the situation. When you are finished with a lengthy conversation covering many topics, recap the final takeaways. Or, have the employees recap back what they understood of your instructions. You might feel you were clear, only to find out that a few steps weren’t laid out properly. Also, it helps to be mindful when stating instructions with the word “we.” It leads to confusion on who it is you’re referring to.

Technology can be our best friend when it comes to creating consistency. Text instructions on what tasks need to be done in what order. On the farm, dropped communication happens when two or more people need to know the information, but only one person is told. Keep the entire team in the loop through group texts on which field is next or to set the expectations of tasks for the next morning.

With a little direction, you can turn these problems around and get back on track! 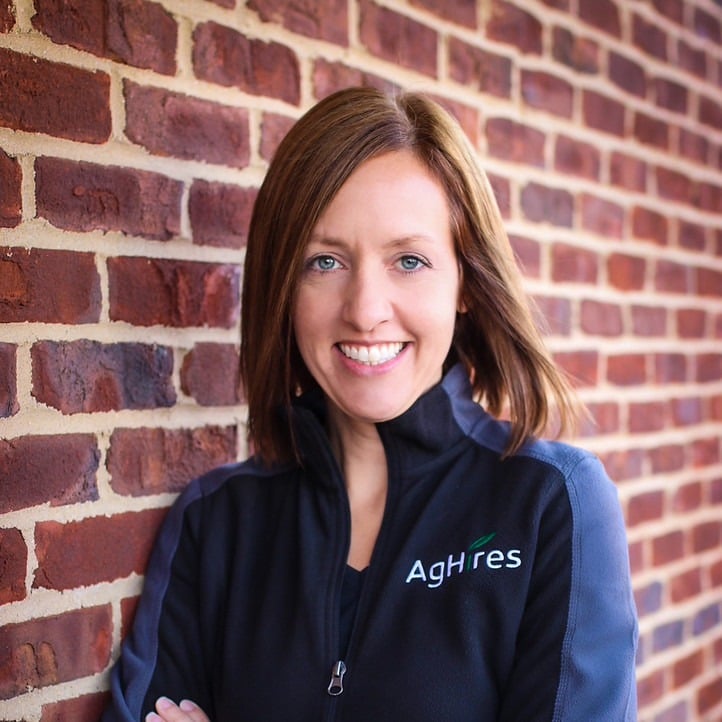 Lori Culler (Lennard), founder and owner of AgHires, grew up in and around the Agricultural Industry on her family's 3rd generation potato, tomato, and grain operation in Southeast Michigan and Northern Indiana.