Goat Milk is the Most Consumed Milk in the World 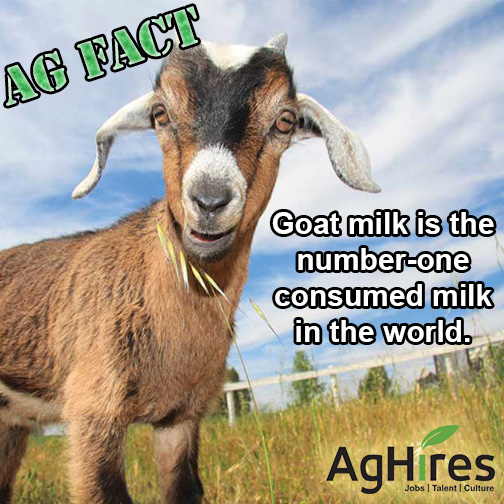 Goat milk is the number-one consumed milk in the world. They only produce one gallon of milk per day, unlike cows, which produce four times that amount. The normal body temperature of a goat is between 102 and 104 degrees.

Goats were one of the first animals to be tamed by humans. They were first herded nearly 9000 years ago. There are over 210 breeds of goats and over 450 million goats in the world.

Despite what a lot of people believe, goats have very sensitive stomachs and are very picky eaters. The idea that goats eat anything most likely came from the fact that goats are very curious and will pick up things with their mouths as a way to “investigate” the object. It is rare that they ever actually eat the object.

Goats really are the G.O.A.T.! Learn more about these bodacious bovidae!