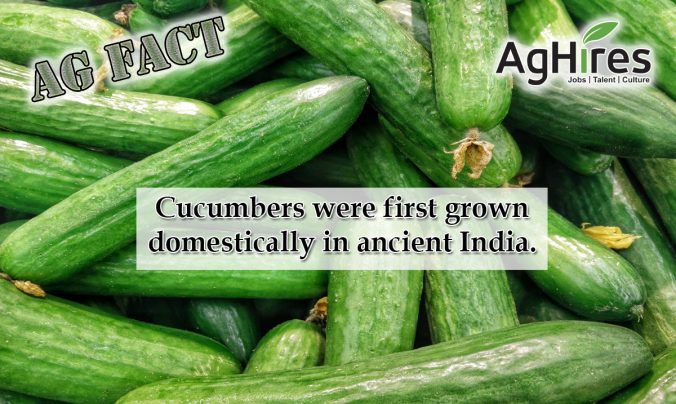 Whether you’re eating it as a pickle, on top of a salad, or just on its own, cucumbers are always a crowd favorite. Cucumbers are 96% water; however, still are a great source of vitamin B1, B2, B3, B5 and B6, vitamin C, calcium, magnesium, and potassium. Here are 20 more agriculture fun facts you might not know about the cucumber:

Cool as a cucumber takes on a new meaning with these fun facts!