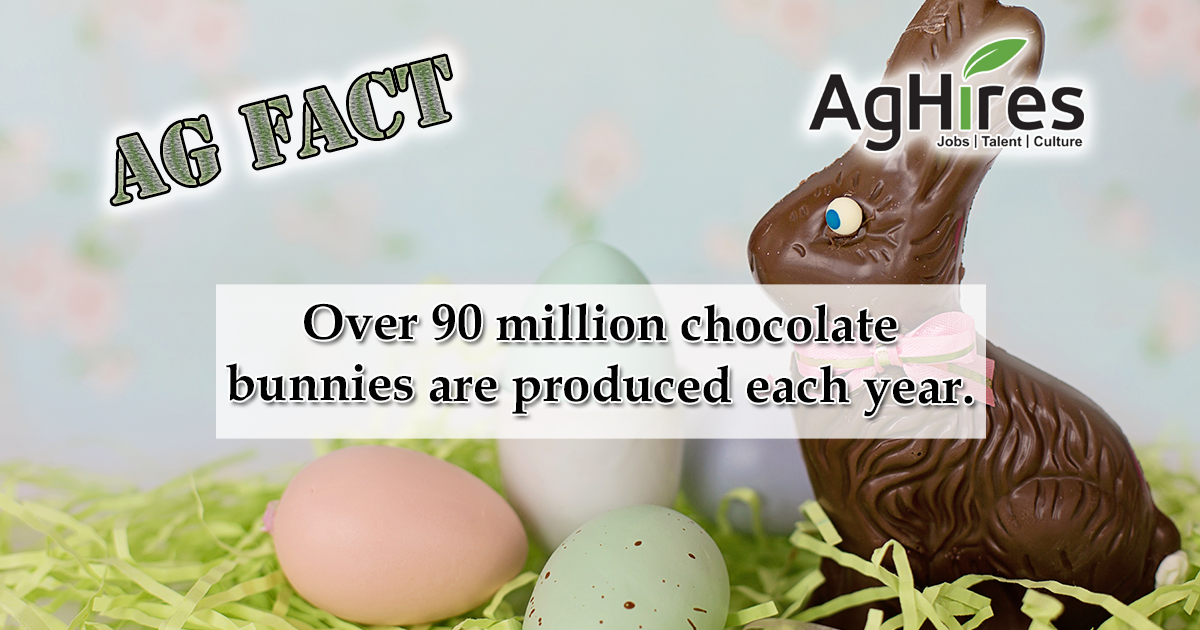 Easter is right around the corner, that means spring is in full swing and growing season for farmers is ready to start, if it hasn’t already. For many, an Easter egg is a symbol for birth and the beginning of life, much like what is done by farmers each year during growing season.

The exchanging of eggs began before Easter. Giving of eggs is considered a symbol of rebirth in many cultures. The practice of decorating eggs has also been around for many years, as early as the 13th century. Originating in Ukraine, the art of painting eggs is called pysanka. And the idea of the Easter bunny giving treats to children is believed to be originated in Germany in the middle ages.

Americans celebrating Easter spend about $5.3 billion on food for the holiday. Nine out of 10 people celebrating Easter will buy candy, totaling at about $2.2 billion, making it the second best-selling candy holiday in U.S. From decorating eggs to deviled eggs, it is also estimated that about 180 million eggs are purchased each year in the United States for Easter.

Read about why the Easter season is a big day for agriculture!