16 Facts About Your Favorite Fourth of July Foods 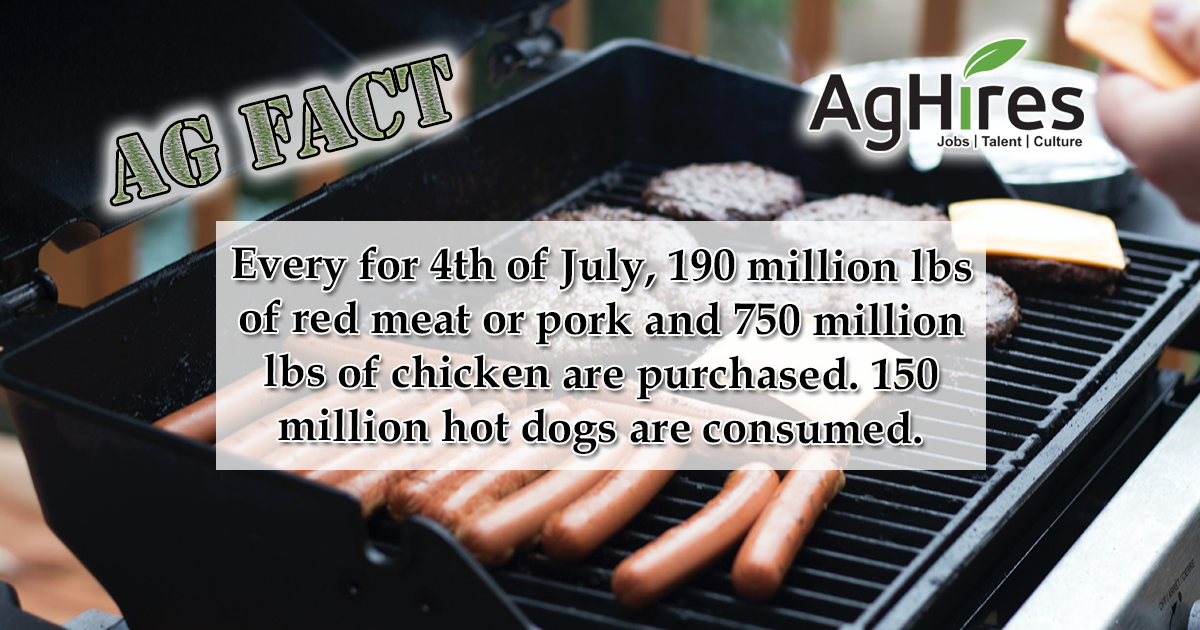 Part of the reason July is National Grilling Month is the popular tradition of cooking out for the 4th of July. Everything from the burgers on the grill to your grandma’s famous potato salad to the ice-cold beer in the cooler, agriculture has played a part in your celebration. Check out these 16 facts about your favorite Independence Day foods.

Looking for a job in agriculture, food production, horticulture, or a related industry? Start your search here.

Did you knwo that all of July is National Grilling Month? Sign us up!