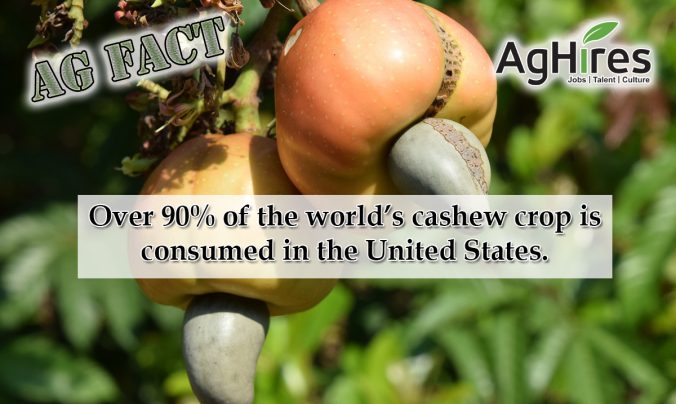 The cashew is a boxing glove shape nut that grows at the end of the cashew apple. Unlike other nuts, cashews don’t grow within the fruit, it grows on the outside and hangs from the bottom of the apple. The cashew apple is a fruit from the cashew tree which is native to northeastern Brazil. Here are 15 more interesting facts about cashews you might not know: