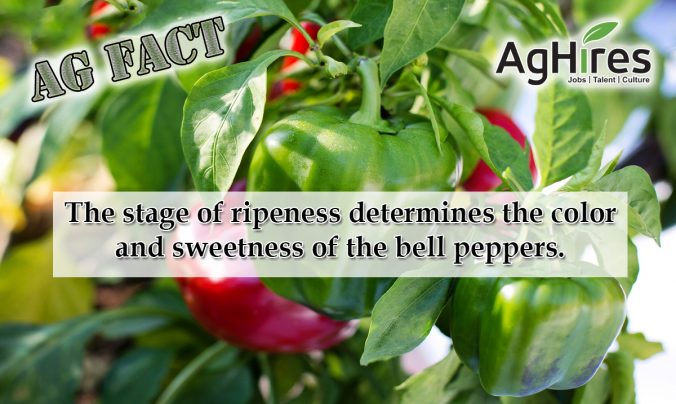 The bell pepper comes in a rainbow of colors and variety of shapes and sizes. The most common colors are green, red, orange, and yellow. The ripeness determines the flavor and color of each pepper. For example, red bell peppers are simply mature green bell peppers. The average consumption of the fresh bell pepper in 2017 was 11.4 pounds per person which was up 6% from 2015. Here are 15 more fun agriculture facts about the bell pepper: