It Takes 2 Million Flowers to Make 1 lb. of Honey 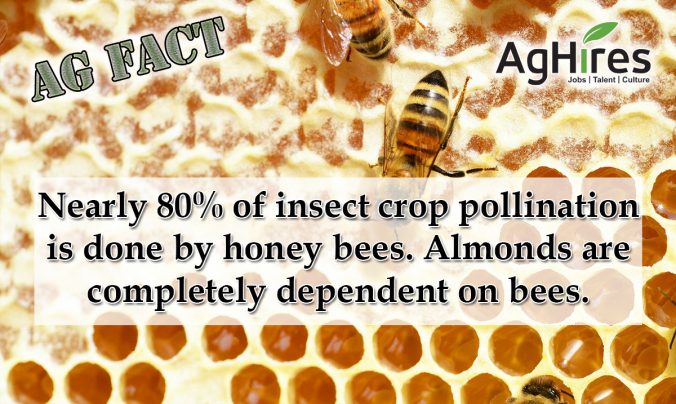 Bees are very important to agriculture, not only because of their delicious honey. About 80 percent of insect crop pollination is achieved by bees, according to the USDA. Almonds are completely dependent on bees to pollinate the crop. Many other crops, such as apples, avocados, blueberries, and sunflowers, are 90% dependent on honey bees. One-third of the human diet is comes from insect-pollinated plants.

There are between 115,000 – 125,000 beekeepers in the United States, most of which are hobbyists with less than 25 hives. Commercial beekeepers have 300 or more hives. In 2016, honey was harvested from 2.78 million colonies, averaging out to 58.3 pounds per colony. Honey is produced in all 50 states, with North Dakota, South Dakota, Montana, Florida, and California being the top producing states.

Honey Bees by the Numbers

Check out the buzz on bees!